Songs for my unborn children 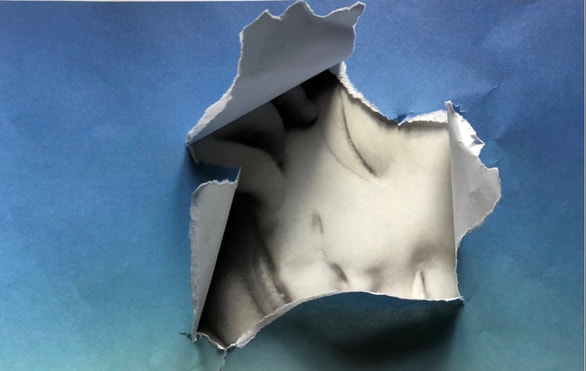 As I write this, my two children (his story is a whole other book) are downstairs baking a cake; the superficially perfect family picture of normality; a reality that was painfully and painstakingly constructed, but one that I remain grateful for every day of my life. What I learnt during my infertile years, and what sufferers understand as obvious (versus what many doctors and non-sufferers ignore) is that infertility is not just a medical condition to be “treated” or “cured” with drugs and procedures. It is a crisis that profoundly affects virtually every aspect of a sufferer’s life, to the extent that even when infertility treatments are offered with their hope of a resulting child, this psychological distress can be increased in ways that are rarely acknowledged or remedied. Whatever the outcome, this distress can continue for many years; and in cases of involuntary childlessness, potentially even forever.

I wrote the majority of songs in the four weeks leading up to my first IVF treatment. At that stage, we had been trying for a child for six years. I’d suffered 7 miscarriages. For the last two years I had failed to fall pregnant at all. Yet here I was, about to attempt one of the most emotional of medical interventions, and though there were theories, no-one had really found out why I miscarried.  I was an internal mess of grief, confusion, inferiority and ferocity, continually asking “Why me?” whilst stripped of the everyday things I wanted to take for granted.

Songs was my cathartic outpouring, an unconscious art therapy in action, a way to cut through the fog of thoughts and loss of confidence. I believe it helped - not as a cure, but as a method to give voice to the turmoil and make it visible; it allowed me to stand outside the circle and name the pain.

‘Songs’ then remained in a drawer for over a decade, till Dr Susan Bewley, my consultant at the high risk pregnancy unit got in touch again during the pandemic lockdown; I’d given her an early copy during discussions over my second pregnancy to explain my need for a c-section; Dr Bewley is a strong advocate of natural birth but I’d hoped the poems would demonstrate the reasons (my history coupled with a difficult birth with Bella) for my lack of trust in my own capabilities and my phobia of things going wrong; I wanted to hand over responsibility to the doctors and let them effectively take me out of the equation. She not only agreed to the c-section, but took a genuine interest in the poems, even using one in the front piece of her book.  It was her nudge during lockdown that opened the drawer, and it has been with her help, editing and mentoring, that this book has been published. In many ways,  we represent the two opposing sides, emotional and practical, art and medicine. But we both agree, despite the passing of time, the words and themes are as relevant today as they were when they were first written, if not more so:
​
Infertility has always been with us, but it is a spreading disease; birth rates are falling, potential parents, for whatever reasons, are starting their families later, some even say chemicals and our modern lifestyles are a factor. One couple in seven will fight infertility and one in four pregnancies ends in miscarriage, so even if infertility isn’t affecting you directly, it is undoubtedly having an impact on someone close to you.

Understanding infertility is multi layered and complex, especially when the postcode lottery, the high cost of treatments and limited window of time are considered. Add to this the variety of childbearing losses from never falling pregnant to ectopic pregnancies, miscarriage and stillbirth, and a truth emerges that illustrates every situation is different and unique in its own right. But whilst emotions can’t be measured and pain can’t be quantified, all these events are linked together by one thing all sufferers understand: grief.

I still believe that it is this element, the emotional, because it can’t be seen or proved, that isn’t given enough currency regarding infertility. And yet I think it holds a golden key, not necessarily for success, but certainly for individual understanding and as a route to greater peace.

It is my hope that ‘Songs’ will put a spotlight on both the extensive grief and emotions of infertility but also the potential that art holds as a healing force; I believe we ignore this bridge at our emotional peril.